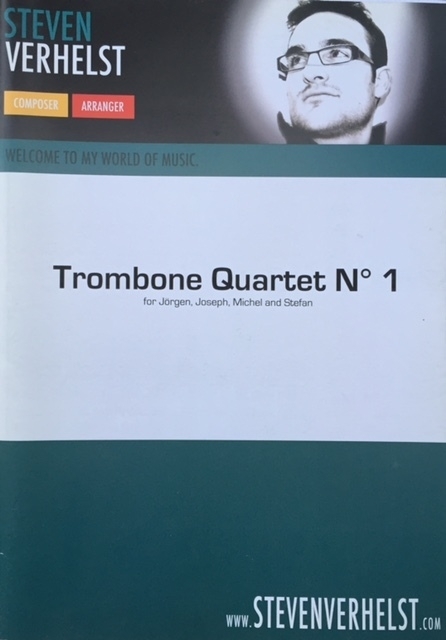 Trombone Quartet N° 1 was commissioned by the World Trombone Quartet, consisiting of Joseph Alessi, Michel Becquet, Jörgen van Rijen and Stefan Schulz and recorded on their CD 'Just for Fun'.

The quartet displays 3 different movements.
The first movement is a typical opening piece with a heroic character.  Nevertheless it is written in a lyrical line, not a brassy fanfare.  Almost the beginning of a fairytale.
The second movement fluctuates constantly between minor and major tonalities, displaying a ‘Celtic’ mood.
The third and last movement reveals the technical side of the trombone.  In a moving 12/8 bar, themes build up to develop into a spectacular finale.